Woodland and Forest Walks Near Brighton

Photo by Steven Kamenar on Unsplash

The areas of East and West Sussex around Brighton are full of wonderful walks and the forest or woodland walks are particularly special. The county is one of the most wooded in the country and the mild climate produces an abundance of fauna and flora to tempt even the most hardened city-dweller. The ancient footpaths and bridleways crossing public and private land allow access to the most stunning scenery at all times of the year.

The woodland walks set out below are some of the best in the two counties and cater for all tastes and abilities. 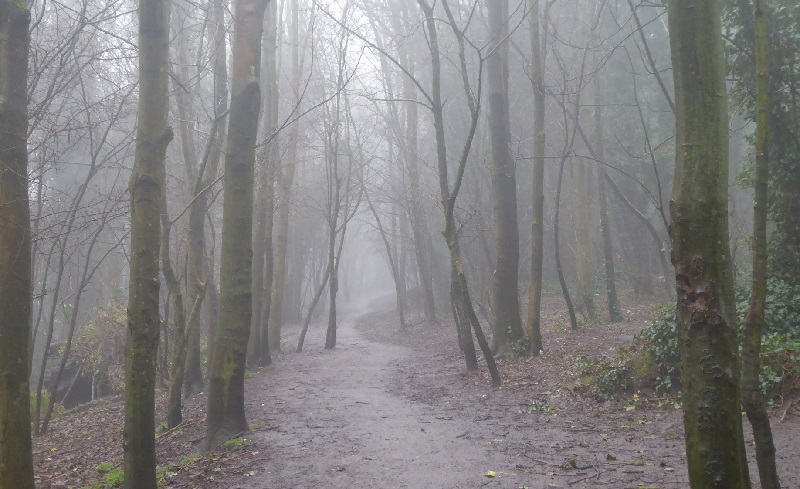 Hollingbury Woods is a long strip of woodland which nestles up against Hollingbury Park Golf Course and wraps around Roedale Valley Allotments. It is managed by Brighton and Hove City Council but is maintained on a voluntary basis by Friends of Hollingbury and Burstead Woods. It is an easy access trail, so the paths are wide enough and smooth enough for buggies and wheelchairs. So it is great for families with small children, and there are plenty of benches where you can sit and take in the scenery. There is also a play area part way round for the kids.

The easiest way is by car. There is parking at the start of the route, by the Hollingbury Recycling Point - you can search for this on Google Maps, or click here.

The 26 and 46 buses leave from Brighton and take around 20 minutes to reach the nearest stop to the wood, Woodbourne Garage.

The route is shown in the interactive map below.

This is a moderately difficult walk encompassing both beech woods and open grasslands. It is well worth the effort though as you will encounter stunning views of the sea and the downs, a Special Site of Scientific Interest (SSSI) due to the chalk grasslands, and a piece of history stetching back as far as the Iron Age and the Roman occupation.

The walk is especially recommended during Spring when the bluebells can be seen at their best.

The walk starts and ends at the Jack and Jill Inn, which can provide a well-deserved lunch after the walk.

The National Trust has a very good description here of the walk, including a map and notes.

Dogs : Welcome but please keep on a lead and take any waste home as there are no bins

Nymans is a house set in extensive and beautiful gardens containing an internationally important plant collection. It is owned and managed by the National Trust.

As well at the house and formal gardens, there is a ancient woodland containing a rich nature reserve and abundant wildlife, that is designated as a Site of Special Scientific Interest. There is also an Arboretum and a Pinetum. In total the garden covers 13 hectares of widely varying terrain, and yet is easily accessible from Brighton.

Further detail of the property can be found on the National Trust website.

Distance: It is a wooded area with many paths, so it can be a long as you want!

Access: The woodland and arboretum paths are uneven and seasonally muddy, so probably not for buggies/wheelchairs. There is a route around the gardens suggested for wheelchairs in good weather conditions

Dogs : Dogs are welcome in most areas

Facilities: There is a shop and toilets. The house, bookshop and gallery are currently closed

Getting there: Nymans is only accessible by car/cycle as there is no nearby public transport

How to enjoy Ashdown Forest

Ashdown Forest is an area of ancient woodlands in the High Weald Area of Outstanding Natural Beauty. It is pretty vast, at around 10 square miles in size, and is mostly common land - this means that you can walk anywhere that you like in the forest until you comes to a boundary fence.

To see all the features of the forest, including car parks and other features of interest, you can download the The Official Map of Ashdown Forest 2019. To download this you will need to pay a 3 donation, which goes towards the upkeep of the forest.

Further detail of the forest can be found on the Ashdown Forest website.

Start point: Ashdown is enormous (around 10 sq miles) and contains over 40 car parks. The best place to start is the Forest Centre, opposite the Ashdown Park Hotel on the Colemans Hatch Road

Distance: It is a wooded/heath area with many paths, so it can be a long as you want! There is a series of walks set out in leaflets available from the Forest Centre, which are approximately 3km, but these can be joined to make walks as long as you like

Access: The paths are mostly uneven and seasonally muddy, with steep climbs and drops, so generally not for buggies/wheelchairs.

Dogs : Dogs are welcome in most areas, but they must be under control so that they don't disturb wildlife.

Facilities: There are a number of places to eat dotted around the forest, these include:

Getting there: Ashdown Forest is about 45 minutes from Brighton by car. Buses also run but the journey time from Brighton is around 90 minutes.