This Epping Forest Walk is the Perfect Day Hike from London

Photo by trevor pye on Unsplash

Epping Forest is a stunning and expansive forest to the north-east of London. It is an ancient forest, believed to have been continuously wooded since Neolithic times. Luckily for us, it is still here, and it's just a short trip from central London.

f you are visiting London and want to see a special part of the countryside, or you live here and fancy some fresh air, this walk in Epping Forest makes a perfect day trip.

Getting to Epping Forest

Map of the Route

The route is a figure of 8 and in total is around 11km (7miles) with about half the distance in each loop. You can make it a pleasant 2-3hr stroll by doing the first loop, or a more energetic 4-5hr march depending on how you are feeling.

In general the trails are well marked and fairly level. During the winter and when the weather is poor, some trails are likely to be muddy and not accessible for wheelchairs and buggies.

What to bring for a walk in Epping Forest

Every walk is different, and depends on the season and the weather, but there are some basic items that you might want to wear and bring on a walk in the woods.

What to Expect in Epping Forest 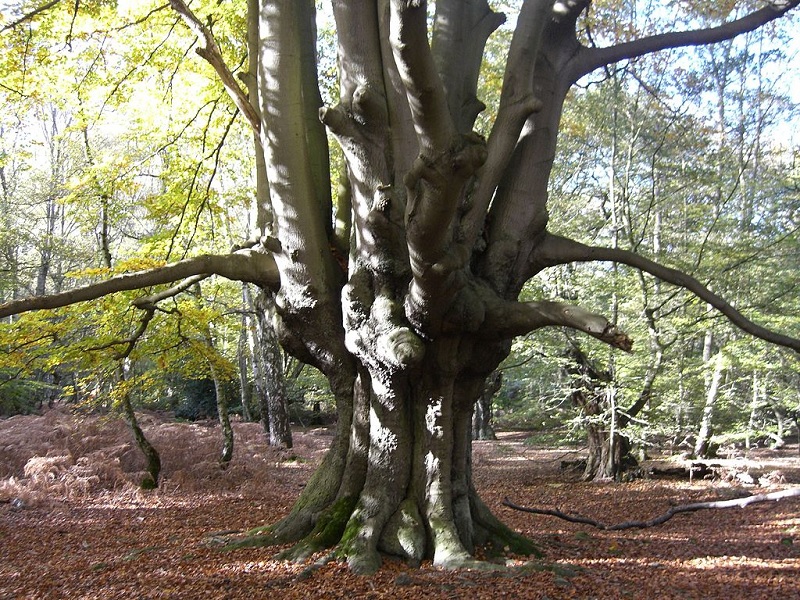 Epping Forest is an ancient woodland which contains areas of forest, grassland, rivers, bogs and ponds. About 2/3 of the area is designated as a Site of Special Scientific Interest and a Special Area of Conservation.

Many of the trees in the forest were previous pollarded (a type of pruning that promotes a thick head of branches and leaves) up until the passing of the Epping Forest Act in 1878, which gives them a distinctive appearance.

Where to Eat in Epping Forest

The route passes a number of places to eat including the King's Oak Hotel, the Epping Forest Visitor Centre and The High Beech Tea Hut, which has been serving tea since the 1930's

Originally part of Waltham Forest, Epping Forest was first named separately in the 17th century. The forest was designated as a royal forest by Henry II in the 12th century. What this meant was that commoners could use the forest to graze animals and gather wood and food, but only the King could hunt there. The penalties for breaking the forest law were severe; execution and mutilation were not uncommon!

The Tudor monarchs, Henry VIII and Elizabeth I are thought to have hunted in the forest, and a hunting lodge was built for them in 1543. This building, Queen Elizabeth's Hunting Lodge, is now open to the public.

In the 1800's, landowners were keen on taking control of common land by a process called enclosure. This allowed them to clear the land, fence it off and use it for farming. The commoners generally opposed enclosure as the common land allowed them to hunt and forage. In Epping Forest, opposition to enclosure was led by Thomas Willingale and eventually resulted in the Epping Forest Act of 1878 which saved the forest from enclosure. This stopped the ongoing shrinkage of the forest and preserved it for the commoners and for future generations.

The forest has a criminal past too. Dick Turpin was a notorious highwayman and murderer in the 17th century who lived in the forest at times.